The Keys to Key Art

The Keys to Key Art 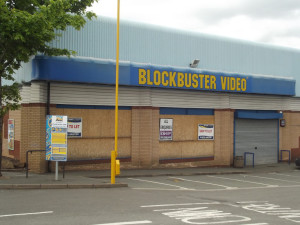 A lot has changed since I first started designing theatrical key art and home video packaging almost twenty years ago. VHS has given way to DVD & BluRay, TVs have become small while screen resolutions have become big. Brick and mortar video stores like Blockbuster are all but extinct and have been replaced by Redbox which is now being threatened by the convenience of streaming and VOD.

While formats and means of delivery to customers may change, my job as a designer has remained the same and that is to create captivating imagery that quickly evokes the mood and tells the story of the film it represents. Ultimately the key art and packaging are the “gate keeper” to the customer. If the key art and packaging look “quality challenged” shall we say, what does that say about the film? It would be like Apple selling you a $400 iPhone and packaging it in a plastic baggie. The packaging is an integral part of the customer’s experience and what draws you to the product. As more and more people search for their content on a screen where it gets lost as fast as we can impulsively swipe with our finger or hit the “page down” button of your remote, having eye catching key art may be more important now that ever.

If there has been one mistake I have seen filmmakers make over and over and over throughout the years is they never even begin to think about how they are going to market and sell their film until after it is completed. I understand that this is very easy to do. After all, producing a film is indeed a daunting and exhausting task. Both budgets and schedules are often much smaller than any filmmaker wants or hopes for. He or she is forced to wear many hats and juggle multiple tasks at once just to get it completed. So, it is entirely understandable if thoughts of how to package and market the film fall into the “deal with it later” category. As a result, all of the time, money and energy are put into producing the film which is the product with little regard given to how that product will be packaged. After all, most filmmakers dream of making movies, not marketing them. 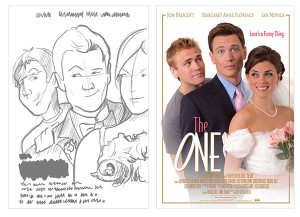 Whether you are a contractor building a house or a designer building a theatrical one sheet, the one thing you need to do the job effectively are good tools. In this case the “tools” required are the stars / characters, sets and various locations of the film. In my career I have worked with only one, maybe two filmmakers who have had the foresight to bring me into the process either while the film is still in production or before principle photography has even begun. What this does is allow your artist to conceptualize a concept that best fits the story without any limitations. Once the concept(s) is approved, we then have the luxury to properly light and photograph actors in character while they are all still available and on set. 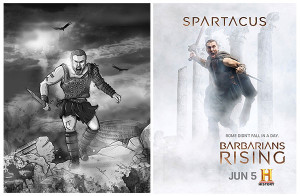 By giving your designer these “custom tools” if you will, they can do a much better job creating key art and marketing materials for social networking and the like which begin to visually compete with bigger budget studio productions. Why? That is exactly what they do. People can see and feel that you have taken the time to shoot custom images rather than cobbling together whatever you could from whatever you had. As an example, I have recently been working on key art sketches for a number of A&E / History channel projects. They call on me to produce these sketches far in advance of their premiere or release. This is done so they can approve a concept and then photograph the images they need to execute that particular concept. It costs much more to call the actors back after the fact… if you can get them back at all.

Unfortunately, the best most filmmakers usually do however is to have someone running around the set taking random “behind the scenes” pictures. What they consist of most of the time are hundreds of poorly lit, low quality shots of actors having makeup applied, random production staff and people generally goofing off and having a good time with one another. While these images are great for a web site, slide show of DVD extras or simple posterity. They do very little to help the designer with the arguably most important part of the process…creating key art which will be the first thing a potential distributor or customer may see.

When all is given to a designer to work with are these types of behind-the-scene images or low resolution video grabs. They are forced to either make best with what they have using an element here or there or begin searching for generic stock images that might fit. While Stock images can often be very useful, it is sometimes very difficult to find an image that remotely relates to the story or mood. This is certainly not ideal. It can be done and I have been very successful at it but you are often left with a high quality but very generic type of an image.

Here are a few suggestions I would like to offer:

1. Think about how you are going to package and market your film sooner rather than later. Selling it is not only part of the process but perhaps the most important part. Just keeping it in mind will go a long way in achieving the rest of this list.

2. Include a marketing budget. This is most important because it will enable you to do these all of these things properly. Leave yourself some money to hire a photographer to give a designer the tools he needs to create your key art which will go a long way in selling your film which really is the whole point isn’t it?

If you leave yourself no budget for design or marketing and are forced to find someone fresh out of school or your closest friend who happens to have the latest version of Adobe Creative suite you will ultimately get what you pay for.  You put your heart, soul and often a lot of money into creating a product. Be sure to leave yourself enough to money package it properly so you can actually sell it.

3. Hire a on-set photographer to take lots of usable photos. Even if you do not want go to the trouble of hiring a designer to come up with key art concepts while you are still in production. Hire a professional photographer to take lots of high quality, well lit photos. Not the closest guy you know who happens to have an impressive looking camera. Make sure he or she knows the story, the characters and the mood of your film. Then let him be creative and do his job.

Here is a list of just some important shots that every designer needs:

• Character shots: Preferably well lit and against a neutral backdrop. Take multiple angles, in pertinent costumes, full body shots, head shots, action shots, group shots, mood shots. Anything that fit the character(s) and can possibly illustrate their relationships to each other. The more the better. Like my Mother always said “better to have it and not need it than need it and not have it.”

• Set / Environment shots: Take high quality images of all places, locations, environments and surroundings in the film. You would be amazed and how handy shots like these are to help pull things together. Be creative. Think outside the box and take images of anything and everything that is part of the film that may help tell the story.

May sound silly but if there are unique weapons or props in your film, set them up on a white background and photograph them as well. They are more useful than you might think.

• In-scene shots: Far too often designers are forced to use low resolution video grabs to get a action shot or scene from the film and unfortunately the quality of these are never good. Have photographs taken of the characters in character and in scene with each other. Being able to use a high quality images will yield a much better result than a grainy video grab… especially when designing a full size one sheet. If there are key moments in the film be sure to capture photographs of them.

4. If there is one thing that drives me crazy it is this. You are given a collection of images to use and are told “that is everything they have”. So you do the best with what you have only to find out afterward there is indeed more and sometimes better images available. My advice? Give your designer or distributor who may be designing your packaging for you everything you have. Do not hold back or only give them what you think they might need. Give it all to them. You would be amazed at how often images can spark ideas or have useful elements within them that can be used to ad depth to a design.

5. Finally, unless you have a background in graphic design or marketing do not attempt to design the key art yourself. Even if you think you know Photoshop or InDesign well enough, don’t do it. This is one of the biggest mistakes filmmakers make. They think they are saving money by doing it themselves but this is the one reason most key art and packaging for independent films look like independent films. It will only cost you in the end.

As mentioned, the key art image is more often than not going to be the first thing a potential distributor or customer will see. It will be their first impression and you know what they say about first impressions. If you want an image that best represents your hard work and gives you the greatest chance to actually sell the film, hire a professional or at least someone who has some kind of background in design. Know your limitations.

If anyone should have any questions or follow up please feel free to share your experiences. If you are a filmmaker who is in need of key art or packaging please do not hesitate to call or write. This is what I do.

Best of luck to everyone!